Everything started surfing the endless distances of the Internet! On a homepage of the belgian cattery "Serola's" we saw a Tom Cat, and we were dumbstruke in awe!!!This expression...:) His name: Vixen des Iles Lofoten" 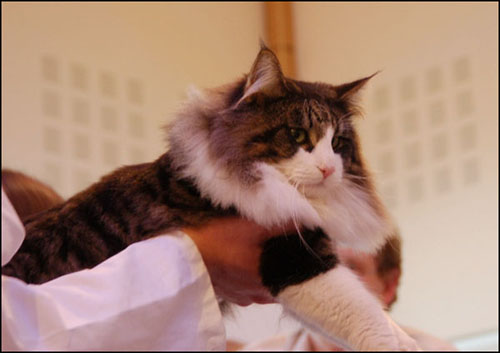 Curious to see where he comes from, we opened the homepage of the "Chatterie des Iles Lofoten" in France and had a look at the cats. And we saw "Audrey Hepburn de Laïloken", what a beauty!! 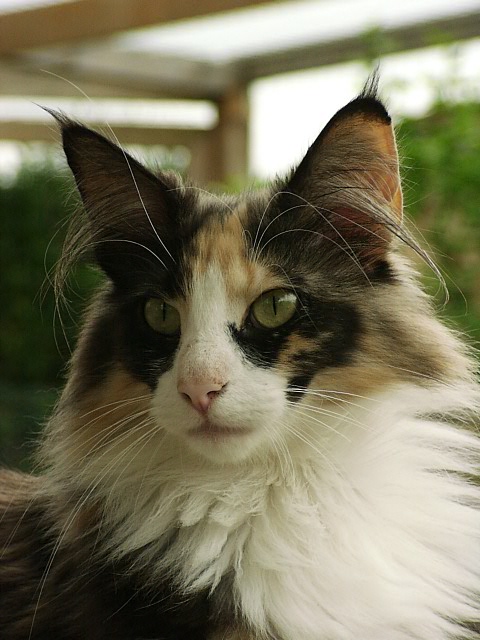 Later we found out, that they expected Kittens of "Audrey Hepburn de Laïloken x Vixen des Iles Lofoten"!!!! We both knew: One of the Tom Cats has to move to Klein Pampau....

On the 28th of March our beloved cat "Amadeus" was killed in a car accident in front of our house. And on the 29th of March the litter in France was born...It seemed to us, that Amadeus' little soul flew all the way to France.... It must have been a sign?!

For our three ladies we were looking for a Tom Cat in "red tabby classic without white"...That was our plan. We looked at the pictures of the litter: 2 males in red, 1 cream male, 1 male in blue and a torbie girl - we both decided to take the male in "blue silver tabby mackerel white"!...Plans are just plans and this was a decision by heart!!:)

Phone calls, E-Mails and visits in France and Germany followed. We met very nice people and we are thankful, that we have got a cat from this cattery of Gisèle and Yvon! They give all their love to the cats and really feel responsible for them and  -  very important in breeding for them is the health aspect ( HCM, PKD + GSD IV Testing is a must)

Thank you sooo much , Gisèle and Yvon, for your hospitality and that you entrust your little boy to us! We will take good care of your darling "Cute Cnut"!!!!

A big thank you also goes to Claudine Seron - Alcover and her husband Claude (Cattery "Serola'sfor giving us the possibility to see the wonderful Vixen live and for the nice time we spent together (now we really need a diet...;) 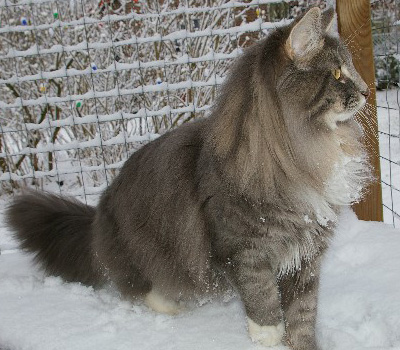 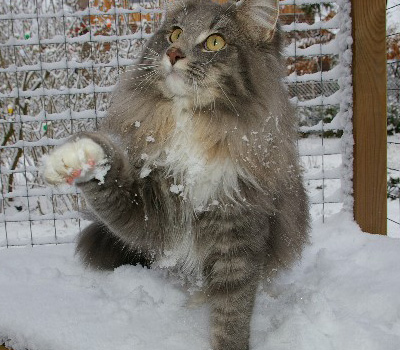 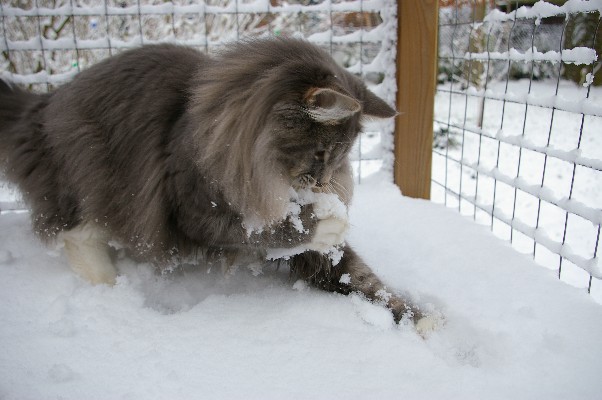